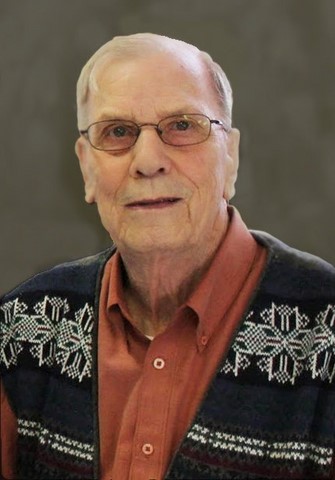 Father Léo Anctil, priest of the Foreign Missions, died in Laval on Monday, March 30, at the age of 86 years and 10 months. Born in St-Philippe-de-Néri, diocese of Ste-Anne-de-la-Pocatière, on May 16, 1933, he was the son of Léo Anctil and Léonie Bérubé. He did his secondary studies at the Collège de Ste-Anne-de-la-Pocatière and his theological studies at the Major Seminary of the Foreign Missions of Pont-Viau. Ordained a priest on June 29, 1959, he left for Peru on September 22, 1959 where he worked as a missionary until 1985.

In Canada, he worked mainly in Missionary Animation in the eastern region of Quebec from 1985 until 2001. Then, from 2001 to 2013, he worked in the promotion of the Foreign Missions magazine and was a member of the Regional Council of Canada as well as responsible for the liturgy at the Central House from 2009 to 2015. At the time of his death, he was living in retirement at the Central House.

He is survived by his missionary confreres, his brothers Raymond (Hélène Arsenault), Rosaire (Louisette Tremblay), his sister Jeanne (Magella Légaré), his sisters-in-law Madeleine Deschênes, Henriette Gagnon, Colette Dubé and Hélène Pinette as well as nephews, nieces and many other relatives and friends.

Given the current circumstances related to the pandemic, a private ceremony will be held for his family and close friends at the Central House of the Foreign Missions Society on Saturday, September 19 at 2:00 p.m., followed by the placement of his urn in the columbarium.

In his memory, donations to the Foreign Missions Society (located at 180 Place Juge-Desnoyers, Laval QC H7G 1A4) would be greatly appreciated.