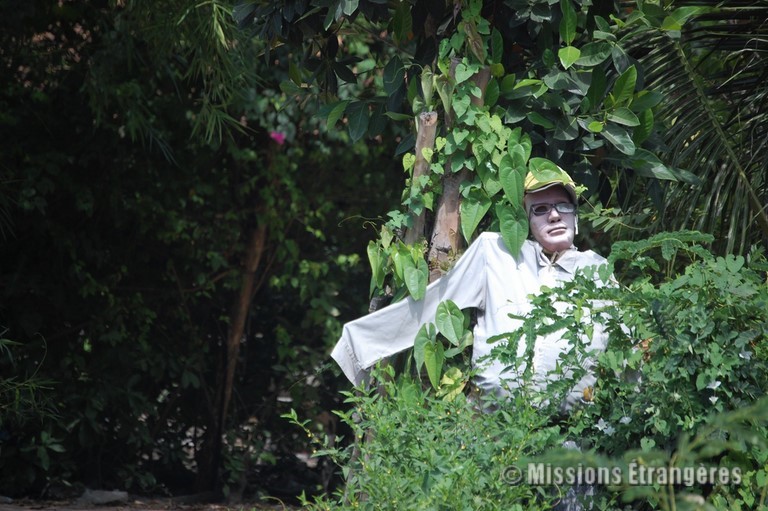 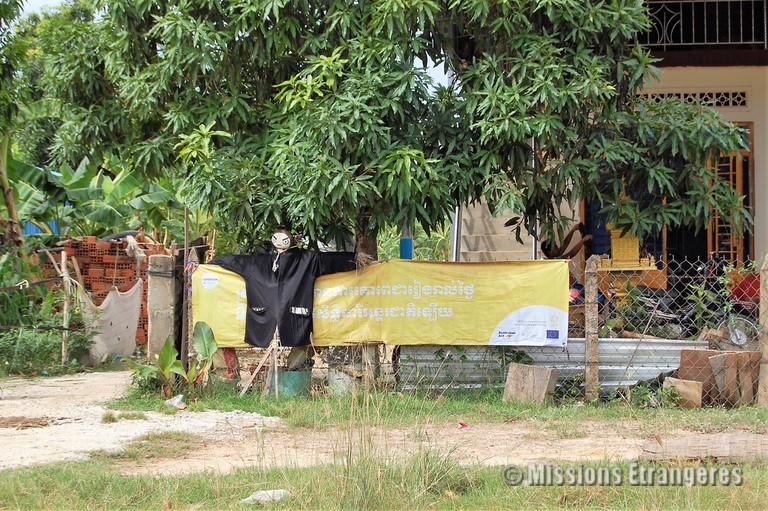 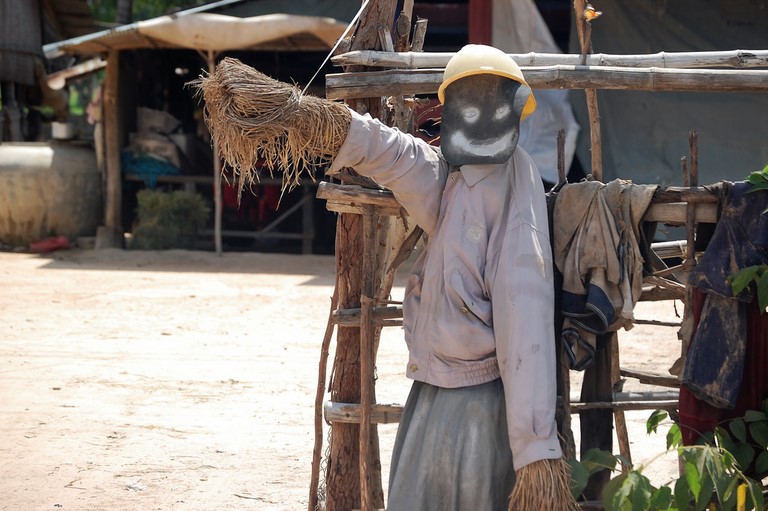 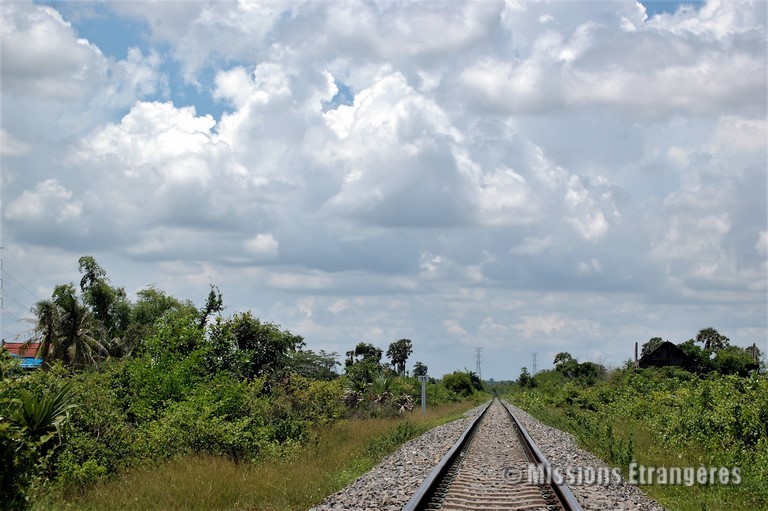 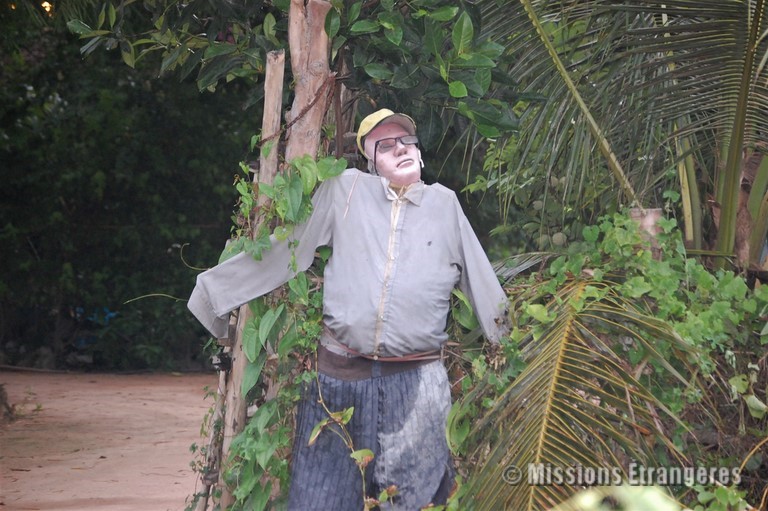 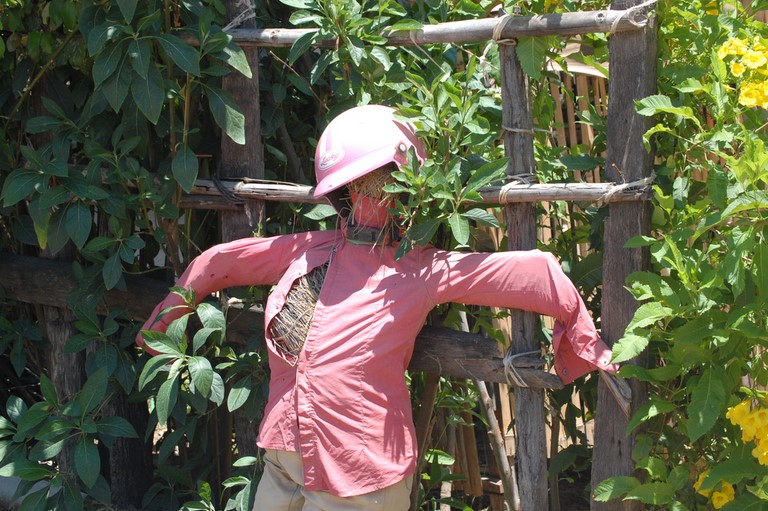 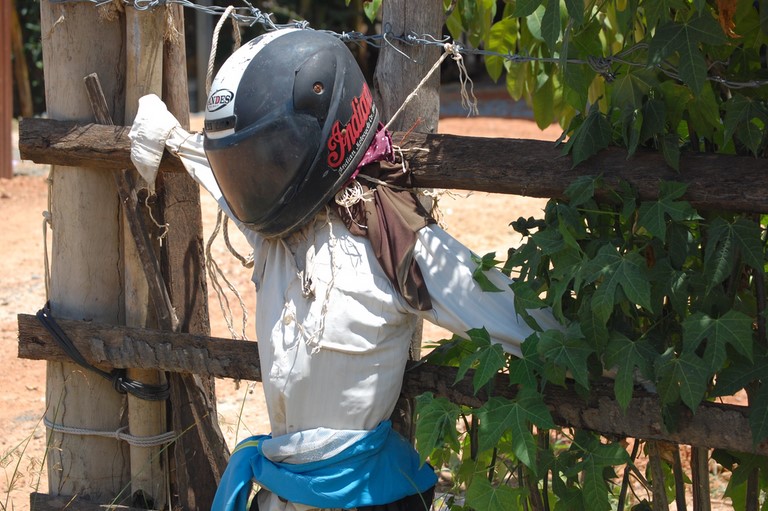 Scarecrows are used worldwide to scare away birds that threaten crops. Literature, and the cinema, have recreated stories about scarecrows. Some tales are cute and naive, like the Scarecrow of the Wizard of Oz, who was looking outside himself for a science and intelligence he already had inside. Terrifying and ghostly stories also abound that take away our sleep.

In Cambodia it is very common to see scarecrows in the middle of rice fields and plantations. They are called ទិងមោង (ting mong) and it is believed that these human figures will scare away not only birds and other animals, but also ghosts and evil spirits from entering homes.

If a Ting Mong makes children cry and keeps away predators, it is believed to be a good guardian capable of protecting the residents of a house. Sometimes ting mong carry weapons, or their faces are really grotesque, so that they can keep any threat away, then protecting from disease and death.

It is said that a few years ago in a certain village, the neighbors could not sleep at night. Inexplicable noises were heard. The dogs barked madly towards nothing. The children did not stop crying. So, the neighbors decided to consult some fortune-tellers, who recommended the use of ting mong to scare away the ghosts that interrupted the sweet peace of the village. The neighbors placed the ting mong at the entrances of the houses, and the evil spirits went to scare off other paths.

In cases of epidemics such as cholera, or other diseases, the villagers have used the ting mong to protect their homes. Although Cambodia is a largely Buddhist country, many pre-Angkorian beliefs are deeply rooted. Especially in rural areas where many still believe in the spirits and their power over the living.

So, it is not surprising that in this health crisis generated by COVID19, in many villages and towns of the country, the ting mong have spread far and wide. As we move away from the capital towards the provinces, we will see the ting mong protecting the most vulnerable, especially children and the elderly.

In terms of the number of people infected, Cambodia has not been as hard hit by the pandemic as its neighbors. If we talk about economic and moral consequences, we now see the terrible devastation. Will the total number of COVID19 cases in Cambodia be so low, have anything to do with the Scare-Covid? Of course not, there are other scientific reasons still to be studied. However, the ting mong have been a pillar of faith for the most vulnerable and disadvantaged people. At least they feel that someone or something is protecting them.