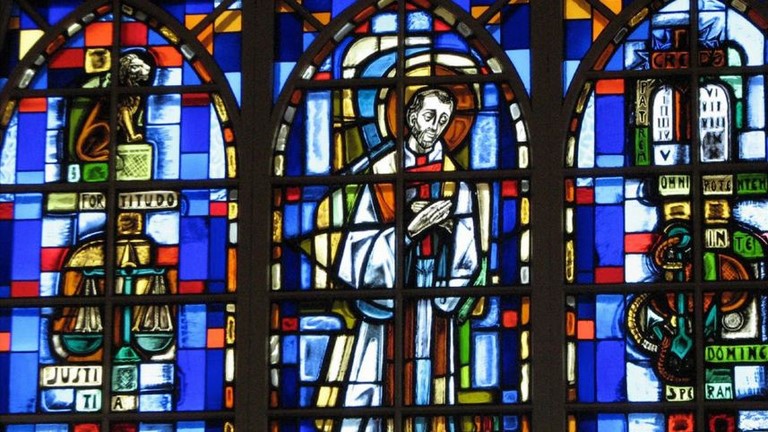 December 3rd we celebrate the feast of St. Francis Xavier. A Jesuit saint, who was a companion of St. Ignatius and who together with other companions - among them St. Peter Fabro, founded the Society of Jesus.

St. Francis Xavier became the patron saint of missionaries - among them, the Quebec foreign mission society. At the very beginning of the Society of Jesus he was appointed by the pope for the evangelization of the Indies - also in support of the Portuguese expansion in that region. He dedicated himself to the evangelization of India and the vast eastern region, Japan, and died trying to enter into China.

A missionary work and an amazing impressive apostolic zeal. It is hard not to admire the dedication and energetic missionary.

Xavier promoted a practice of participative evangelization, where everyone could participate in the rites, feasts and teaching. Many of his practices were not well received in Rome at that time. Today Pope Francis is trying to open up to participation by seeking a synodal INCLUSIVE church. The task, therefore, is not over yet.

Xavier had to face multicultural realities and peoples – and to bear fruit in this multicultural world. Xavier resisted the hierarchical structure of the Church of the time. He stood firm on the idea that faith has to manifest itself in the local culture, that is, the inculturation of faith takes place in the midst of a diversity of expressions. And that is why he is still a reference today for missionary action.

Xavier also had to relate to other religions, to multi-religious societies, to other traditions. And he sought inter-religious dialogue by practicing dialogue, understanding that the Holy Spirit was acting in all religions and all realities.
The adaptation of language to the reality of the people was one of his main characteristics, he adapted the prayers, the practices. He even changed the dates of Christmas and Easter in southern India, so as not to coincide with fishing activities and allow everyone to participate.

This is what we as a foreign mission society are doing today, adapting to cyber language, in a society mediated by the virtual, deeply unequal and secularized. We need new languages to touch people's hearts.

Every Christian must be a missionary, said Xavier. I think it is worthwhile to dive into what St. Francis Xavier did to inspire us on how to talk to people about the problems of the 21st century, and on how to put into practice the encyclicals Laudato Sí and Fratelli Tutti INTO PRACTISE.